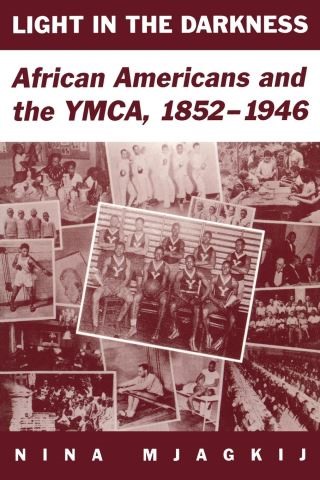 Light In The Darkness

From the time of its emergence in the United States in 1852, the Young Men's Christian Association excluded blacks from membership in white branches but encouraged them to form their own associations and to join the Christian brotherhood on "separate but equal" terms. Nina Mjagkij's book, the first comprehensive study of African Americans in the YMCA, is a compelling account of hope and success in the face of adversity.

African American men, faced with emasculation through lynchings, disenfranchisement, race riots, and Jim Crow laws, hoped that separate YMCAs would provide the opportunity to exercise their manhood and joined in large numbers, particularly members of the educated elite. Although separate black YMCAs were the product of discrimination and segregation, to African Americans they symbolized the power of racial solidarity, representing a "light in the darkness" of racism. By the early twentieth century there existed a network of black-controlled associations that increasingly challenged the YMCA to end segregation. But not until World War II did the organization, in response to growing protest, pass a resolution urging white associations to end Jim Crowism.

Using previously untapped sources, Nina Mjagkij traces the YMCA's changing racial policies and practices and examines the evolution of African American associations and their leadership from slavery to desegregation. Here is a vivid and moving portrayal of African Americans struggling to build black-controlled institutions in their search for cultural self-determination.

Light in the Darkness uncovers an important aspect of the struggle for racial advancement and makes a significant contribution to our understanding of the African American experience.