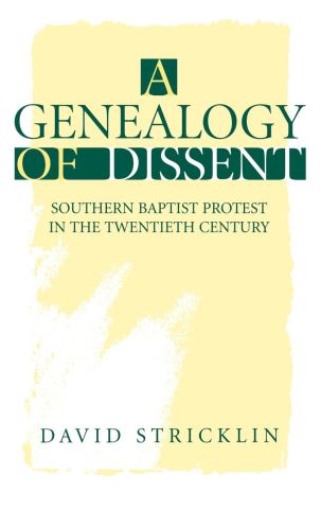 A Genealogy of Dissent

Between the Civil War and the turn of the last century, Southern Baptists gained prominence in the religious life of the South. As their power increased, they became defenders of the racial, political, social, and economic status quo. By the beginning of this century, however, a feisty tradition of dissent began to appear in Southern Baptist life as criticism of the center increased from both the left and the right. The popular belief in a doctrine of "once saved, always saved" led progressive Baptists to claim that moderates, once saved, did not address the serious social and political problems that faced many in the South. These Baptist dissenters claimed that they could not be "at ease in Zion."

Led by the radical Walter Nathan Johnson in the 1920s and 1930s, progressive Baptists produced civil rights advocates, labor organizers, women's rights advocates, and proponents of disarmament and abolition of capital punishment. They challenged some of the most fundamental aspects of southern society and of Baptist ecclesiastical structure and practice. For their efforts and beliefs, many of these men and women suffered as they lost jobs, experienced physical danger and injury, and endured character assassination.

In A Genealogy of Dissent, David Stricklin traces the history of these progressive Baptists and their descendants throughout the twentieth century and shows how they created an active culture of protest within a highly traditional society.

David Stricklin: David Stricklin, assistant professor of history at Lyon College, is the author of A Genealogy of Dissent: Southern Baptist Protest in the Twentieth Century.